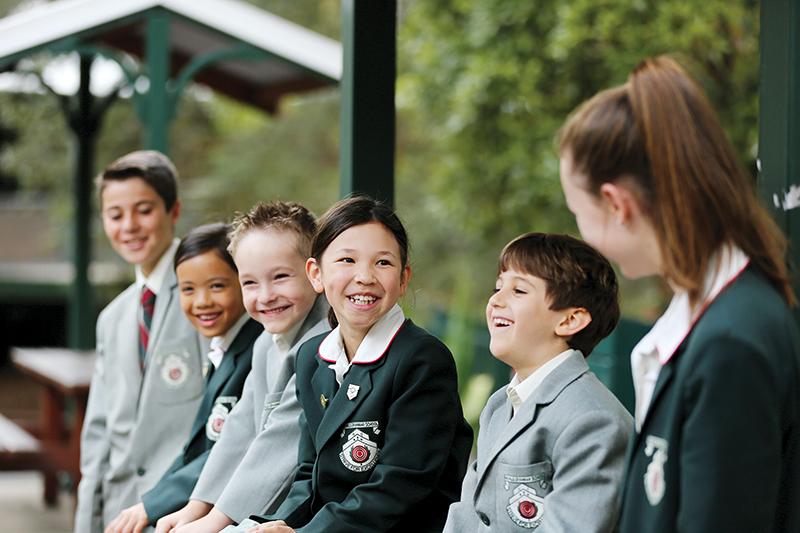 View all events here
Virtual Tour
Hills Grammar’s Open Day for All
Hills Grammar took a new approach to sharing their School and campus with prospective families this year. Staying ahead of the curve, the School made the decision to adapt their Open Day to align with the challenges faced by social distancing and showcased their unique campus through a brief video.
This required students to demonstrate what makes Hills Grammar such an ‘Original’ experience. With their 51 acre campus, situated in North West Sydney’s Hills District, the School has ample learning spaces, and diverse co-curricular opportunities available to their students. Hills Grammar caters for Pre K to Year 12 with all students graduating as true Hills Originals.
Currently, families are still able to register their interest and attend a tour through virtual means allowing them to explore the Hills Grammar experience.
For more information, and to register your interest for a tour, please visit hillsgrammar.nsw.edu.au/tours
Mr David Cook (Acting Principal)
ECEC - Year 12
Non Denominational
Yes
02260G

There are many reasons why The Hills Grammar School is an exceptional learning community offering a unique experience to its students and families. Most obvious is the stunning 18.4ha campus set in natural bushland and landscaped gardens. Exceptional facilities, staff and opportunities combine to make Hills Grammar the perfect learning environment.

Success across the curriculum at The Hills Grammar School is highlighted by a history of high HSC placings: First in the State in English Extension 1, Mathematics Extension 1, Latin Extension, Music Extension 1, VET Information Technology and Ancient History; and Top Ten in English Extension 2 (twice), Information Technology (twice), Hospitality and Modern History.
The school is also well known for its extensive Co-curricular Program offering a wide range of activities in Music, Sport, Leadership & Service, Outdoor Education and the Creative and Spoken Arts.

The Co-curricular program at Hills Grammar is an integral part of the whole school curriculum. There are wonderful opportunities for students to develop their skills and interests across a broad range of activities including:

These activities take place before school, during lunch and after school with further weekend commitments in some areas.

The central aim of the program is to broaden the development and interests of each student through the provision of a wide range of purposeful activities in Music, Sport, Leadership & Service, Science, Technology, Engineering and Mathematics and the Creative, Spoken and Performing Arts.

Aims of the program are:

Hills Grammar recognises and caters for gifted children as well as children with some learning difficulties. From Year 7, an academic Honours program offers flexible pathways of study for students with high ability in one or more of the following areas: Humanities (English, History, Latin), Mathematics and Environmental Science.The extensive student welfare network at Hills Grammar includes a K-12 director of Student Wellbeing, house tutors, consultant psychologists, a strong peer leadership system, and a student leadership committee. Work experience is run for one week in Year 10. Career and tertiary awareness is a key component of the school year.

The Hills Grammar School provides a safe and supportive co-educational environment in which each student is encouraged to strive for excellence in scholarship, personal development and citizenship. Students are better able to achieve these outcomes when they are connected to a healthy, happy and safe community. Our School's response to the educational, personal and social needs of its students acknowledges the need for a comprehensive whole school approach to student wellbeing.

Values Framework
Community life at Hills Grammar is supported by four core values which emphasise the development of a principled individual who has a strong sense of social justice.
Respect
Valuing ourselves and treating others with consideration and dignity, acknowledging and accepting our differences, and acting in a manner
that is socially just.
Integrity
Acting in accordance with the principles of moral and ethical conduct, with sincerity and honesty, taking personal responsibility for all actions.
Service
Recognising and responding with compassion to the needs of others.
Excellence
Striving to accomplish one’s best.
Extraordinary Education: a place of inspiration and innovation
Outstanding teaching within a unique learning environment: fostering each student’s potential for greatness.

A number of Academic, Music and All Rounder scholarships are available to students entering the School in Years 7,9 and 11 in 2016, and take into consideration a number of criteria. Awarding of scholarships benefits both the School and the Scholars in many ways: acknowledging and encouraging excellence in academic studies, in music and in co-curricular activities; offering opportunity to attend the School to those who would not otherwisde be able, adding to the diversity of talent and abilities in the student body. Michelle competes in the 100 metre high hurdles for Australia. Her most notable achievements in international events so far include a 5th place finish at the 2012 IAAF World Junior Championships in Barcelona, and a second place finish at the 2010 Youth Olympic Games in Singapore, when she was 17 years old. Michelle is the reigning NSW Open Champion and current Australian Junior Champion in 100m hurdles. As well as continuing her athletic career Michelle is studying a Megatronic Engineering degree at Sydney University. Awais is a Barrister at Maurice Byers Chambers in Sydney NSW. He has a broad practice with specialist skills in a range of Courts and Tribunals. In 2009 Awais joined the Faculty of Law at Macquarie University where he delivers lectures and tutorials in Tort Law and Company Law. In 2010 Awais was appointed tipstaff to the Honourable Justice George Palmer AM of the NSW Supreme Court (Equity Division). In this time he was also tipstaff to the Honourable Justice Rex Smart and Justice Peter Hall. Awais was appointed as a member of the Hills Grammar School Council in 2013. Michelle has a degree in Veterinary Science from the University of Sydney and she completed a PhD on wound healing and inflammation in sheep before heading to Cornell University in upstate New York to undertake residency training in Veterinary Anatomic Pathology. Michelle works as a specialist veterinary pathologist for Memorial Sloan-Kettering Cancer Centre, Weill Cornell Medical College, and Rockefeller University in the US, diagnosing and characterising disease in laboratory and companion animals. Emily has a degree in Media and Communications and will complete a Bachelor of Laws at the University of Sydney in June 2013. She was awarded the University of Sydney Prize for Outstanding Academic Achievement for her media research project on the politics of advertorial content in magazines, as well as receiving the Walter Reid Memorial Prize for the Law student who gains a High Distinction average in any one year. In 2012, Emily coached the Hills Grammar Mock Trial team all the way to the State Final. Emily was the guest speaker at the 2013 THGS Scholars presentation. It is good to know that when one needs a rocket scientist to speak to a group of scholars, you can locate one so easily. Chris, who was the guest speaker at the 2011 Scholars presentation, is an astrophysicist, with an impressive record of achievement in spacecraft engineering. He is currently a Postgraduate Teaching Fellow at the Sydney Institute for Astronomy in the School of Physics at The University of Sydney. Chris was one of the alumni "stars" in our cinema advertisement - see top left of this page. Delta started school at Hills in Kindergarten. Her interests and achievements were many and varied. She excelled as a sportswoman and  naturally pursued the creative and performing arts with dedication and success.

In Year 11 Delta left school to pursue her acting and singing career. The rest, as they say, is history. Delta recently visited Hills for an  inspirational talk with the students, which was greatly appreciated. Jacinta is currently Editor in Chief at Ten News. As a reporter with Ten News, she was a regular fill-in presenter and often presented the 11:30am national news. She moved to the Seven Network in 2003 where she reported and presented the late news on occasion. On returning to Ten she presented The Late News, Morning News, and finance for the Early News. Jacinta has been a wonderful Master of Ceremonies at the School’s Presentation Ball over several years. Robert studied Communications and French at Macquarie University before embarking on his career in journalism. He then joined Sky News followed by Network Ten in Melbourne in 1998. Robert established himself as one of the network's senior reporters before giving it up for the chance to travel and work overseas. He returned home just before the Sydney Olympics, and has been with the Seven Network ever since; currently working as the network’s crime reporter. He is a double Walkley Awardee for Excellence in Journalism. Joel and his brother Nash were foundation students at Hills, commencing in 1983. Both boys loved to entertain and although Nash started a law degree, his heart was in film stuntwork. After leaving school, Joel attended Nepean Drama School where his stagecraft developed and was recognized by major theatre companies such as Bell Shakespeare and the STC. His first break on television was  The Secret Life Of Us, for which he was nominated for an  AFI Award in 2001. Joel and Nash both have impressive credentials in the international film world and are founding members of Blue Tongue films. Chris is a talented goalkeeper who had an outstanding junior campaign, spending time with two renowned English Premier League Clubs, Aston Villa and Blackburn Rovers. In 2007 Chris decided to make the move from Europe to the USA to trial for the Colorado Rapids, where he signed a 4 year contract. He also runs the "Core Soccer Academy" in Colorado, training goalkeepers of any age and ability. Chris popped in to the School for a visit on a trip home to Sydney last year.